Welcome back to another episode of Mike’s Closet, boys and girls. I hope you all enjoyed last week’s glimpse at Mattel’s vintage 12” Cylon. This week, we’ll go back to a less-traditional look at what’s in the closet with a look at something I don’t discuss very often, statues. Falling just inside or just outside of the toy umbrella, some people would not call statues toys while others collect them like action figures.

To be fair, I have never been all that partial to statues. They are bulky and need dedicated display space and even the cheapest ones are still pretty expensive. With that said, when there’s a great one, I just can’t resist. I am also a sucker for Wonder Woman and when a great artist is represented in statue form and it’s one of my favorite characters, I have to have it. That’s the case with these three Wonder Statues in my closet. 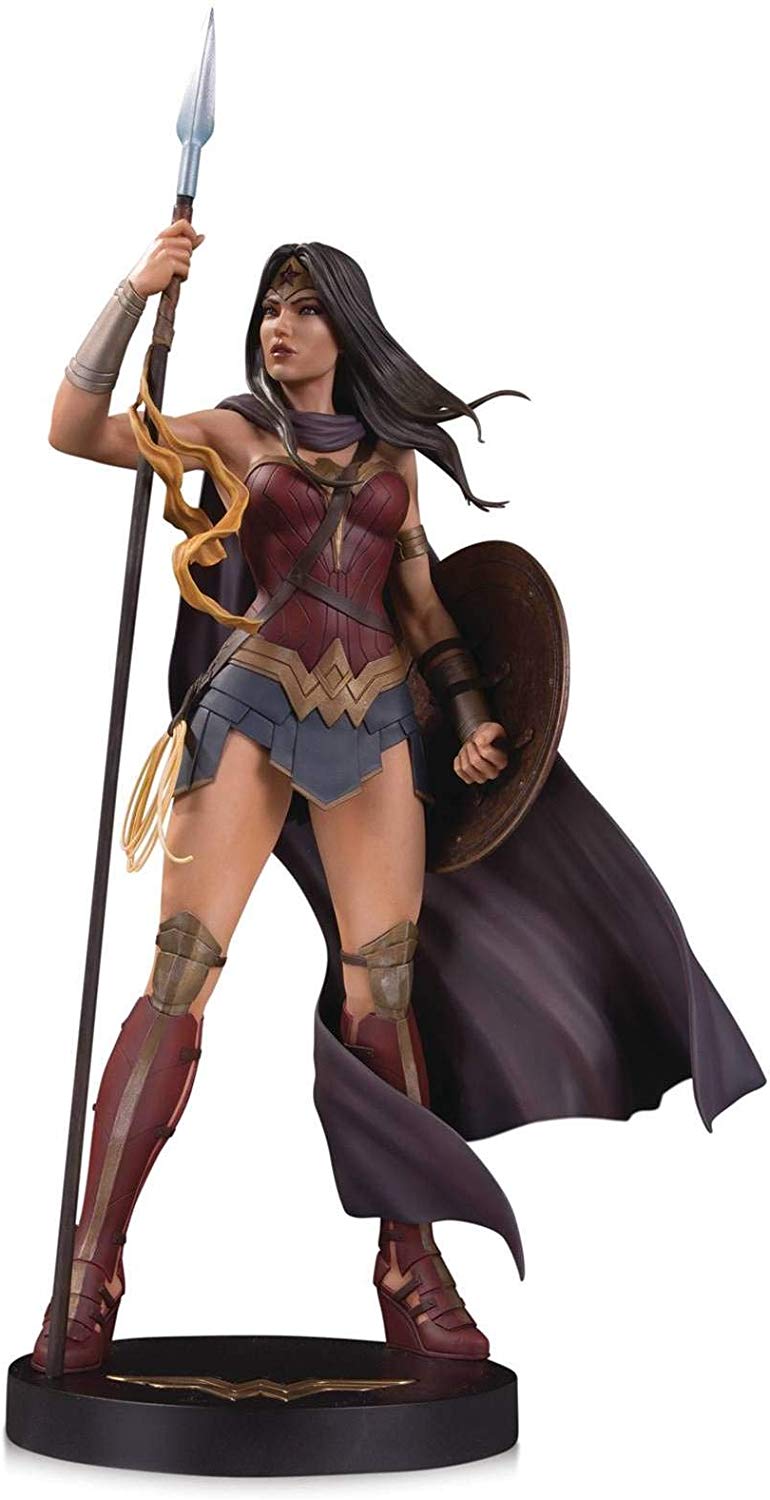 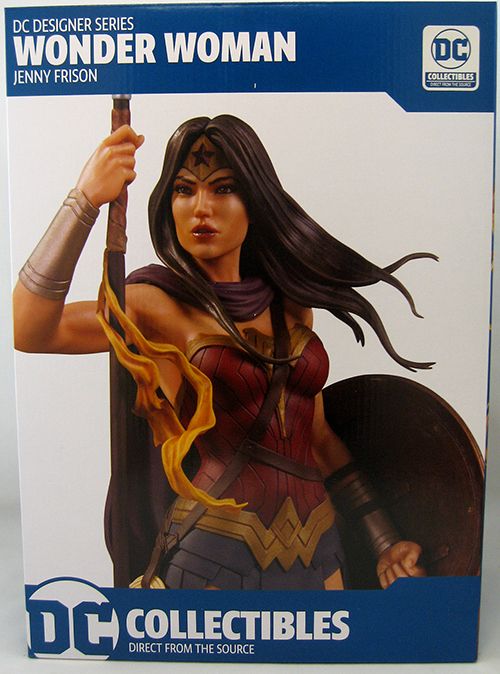 A lovely statue with great paint processes and an incredible pose that justly captures the character and Frison’s cover art on the series. The patina on the armor is particularly excellent and the crafters captured the face that Jenny drew very accurately. It comes from the cover of Wonder Woman #18B (5th Series) This statue is still readily available for about $100 which is pretty inexpensive for a statue. Sculpted by Jack Matthews and cast in “polynesian” (which is a fancy name for resin), it was limited to 5000 pieces which were individually numbered. It is 15.5” tall. 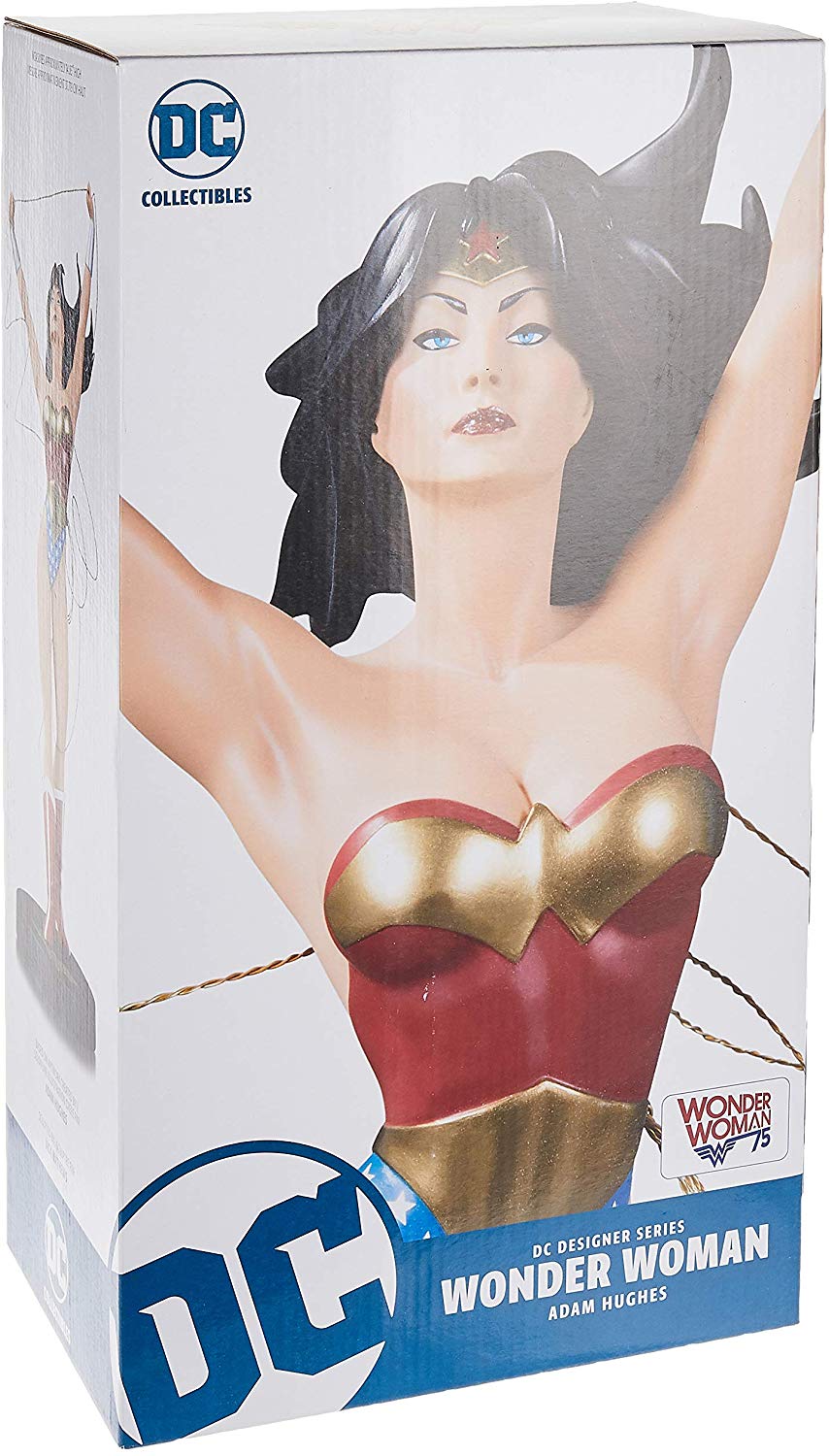 Another excellent sculpt that exhibits the grace of Hughes’ art. This 14.85” tall statue is really cool in that the laso is metal and holds it’s suspended form quite nicely. The paint operation is smoothly done (like the coloring of Hughes’ work) and comes from the cover art of Wonder Woman #150 (2nd Series). Also sculpted by Jack Matthews, this limited to 5000, individually numbered statue can still be had for about $100. To me, that’s a bargain. 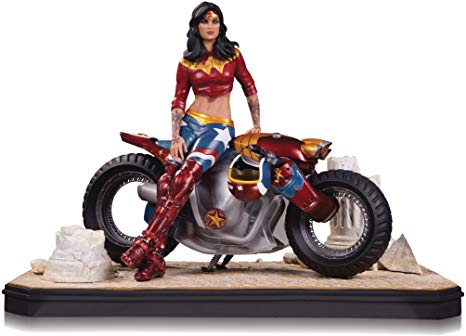 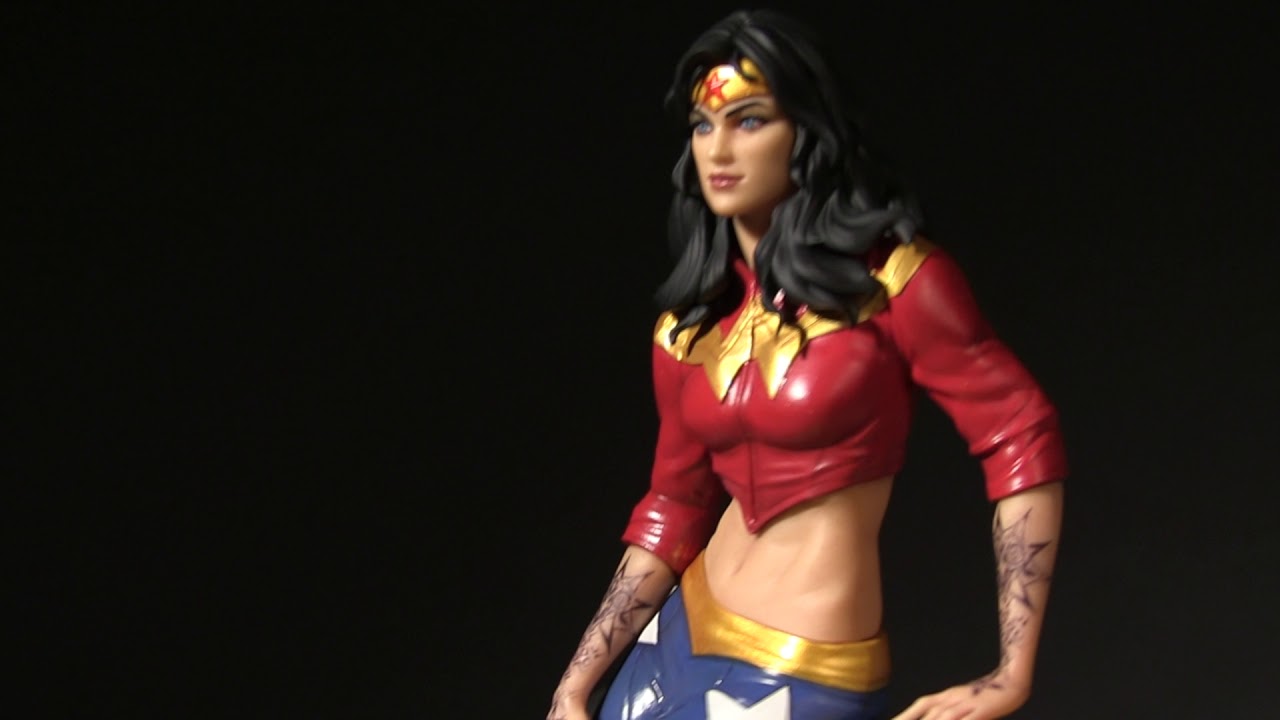 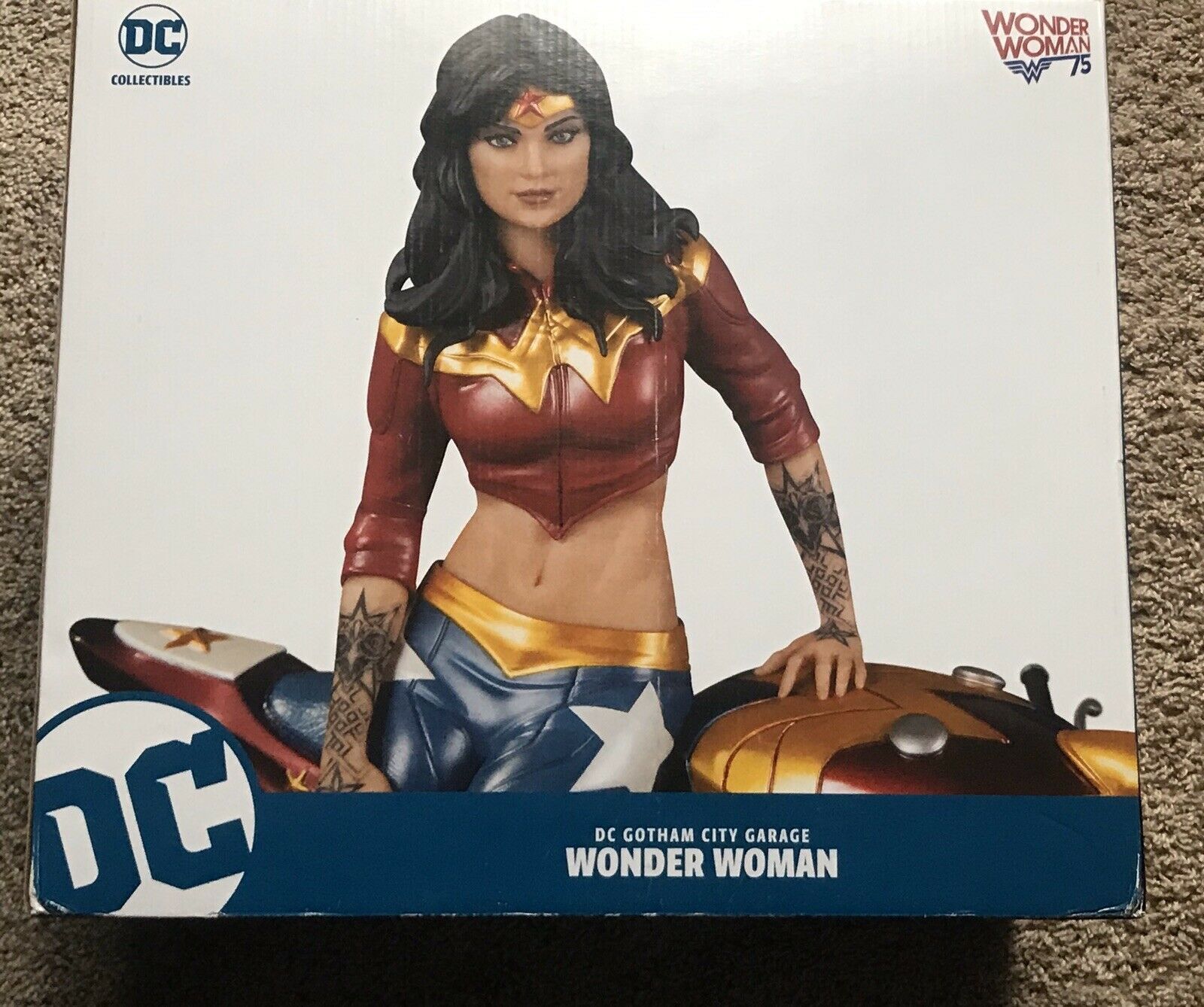 This may be my favorite and is in a line of other Gotham City Garage statues such as Harley Quinn. The detail on this thing is astounding and it is BIG. Measuring 13.5” x 10” x 8”, prepare to dedicate a lot of shelf space to this one, but it is worth it. It is a showpiece to be sure, but it will cost you. This statue is sold out and will run you about $500-$700 on the aftermarket, now. Sculpted by Irene Matar and Adam Ross with the tattoo designed by Katherine Brannock, this piece was limited to 5200 pieces and had an MSRP of $350. That seemed like a lot when it came out, but considering the upswing in value, now, I probably should have bought 100 of them. The design isn’t taken directly from any one artist nor is it modeled after a cover or comic panel (although it is reminiscent of Gotham City Garage #1B’s cover), but it is sweet and highly intricate. There are a few very fragile parts such as the handlebars on the motorcycle, so be aware when removing it from the box.

Again, as I mentioned in the intro, the thing I always keep in mind is that statues are really expensive; often more than even the top-end action figures like those from Sideshow, etc. Thus, I pick and choose my statues very wisely. If you are wealthy and money is no object, I assume this could be a particularly fun hobby. I hope you’ve enjoyed this glimpse into my nerd closet. Until next time, be well, thanks for reading, play hard, but play nice.