Welcome back to another peek into my nerd closet, boys and girls. Last week, we hit on the amazing Kenner action figures for Indiana Jones. This week, we shift our attention back to some of my favorite toys ever made; lightsabers. This week’s is a short one as there are only 3 products to cover.

Back in the fledgling days of Star Wars collecting when we only had 100 action figures, a few vehicles and playsets and a couple of blaster toys from Kenner, we didn’t have the realism of the roleplay toys of today. There was no such animal as Master Replicas and there certainly wasn’t anything that looked or functioned quite like the lightsabers from the films.

However, Kenner did try back in the day and over the roughly 8 years of products, we did get three iterations of the lightsaber toy. There were many awful knock-offs that were sold in discount stores and carnivals/amusement parks (see final picture at the bottom of this article), but none of those are really any better than the Kenner versions. Here were the three products we did get… 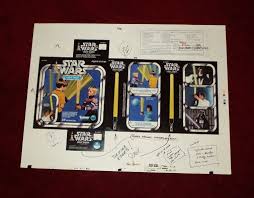 [Proof print of the box marketing for the inflatable lightsaber] 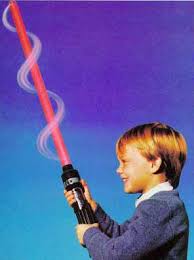 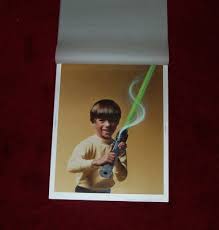 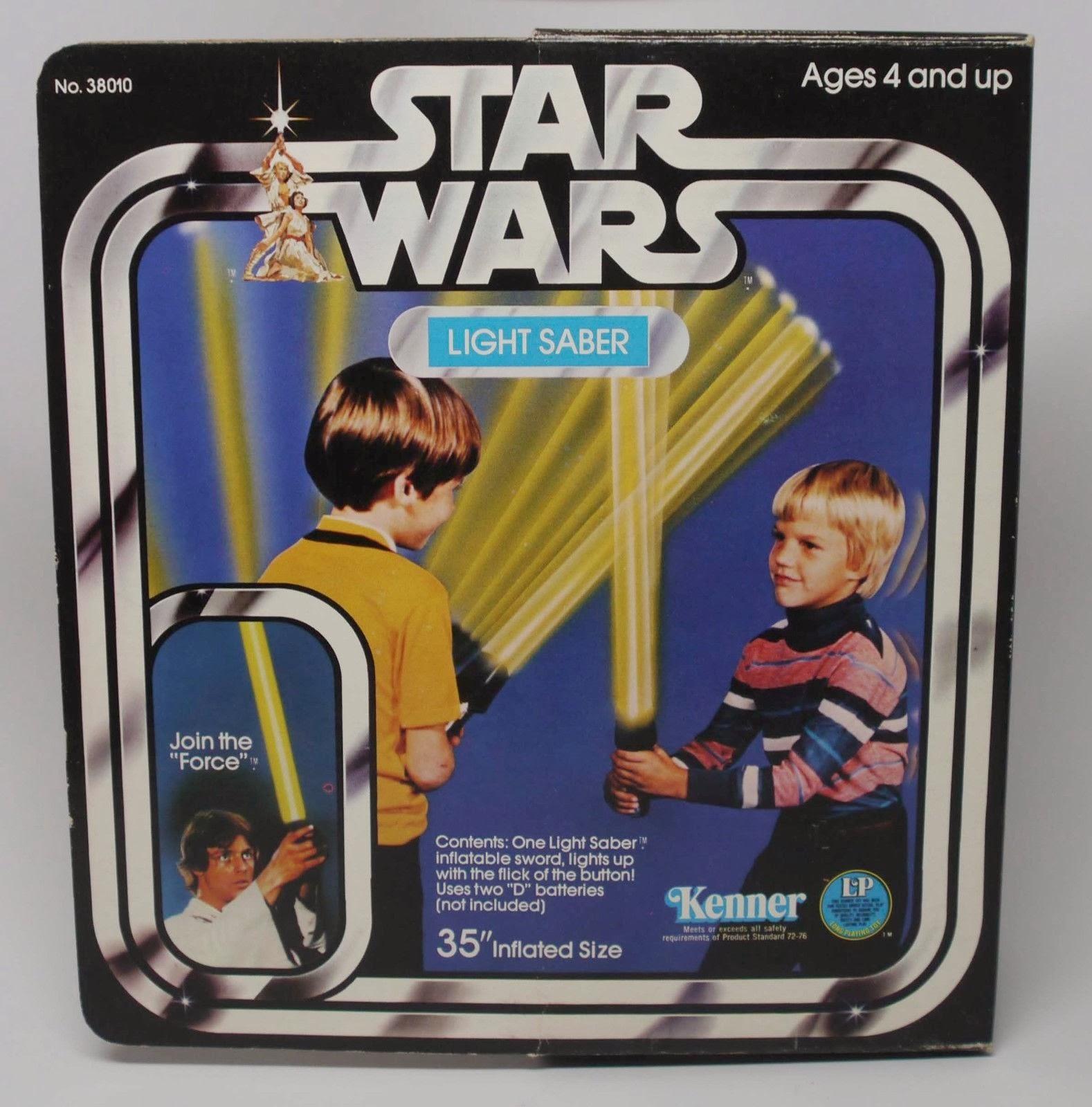 [Inflatable lightsaber in box “A”] 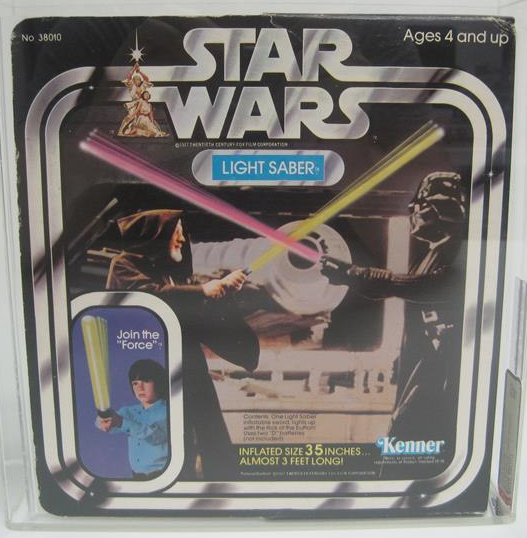 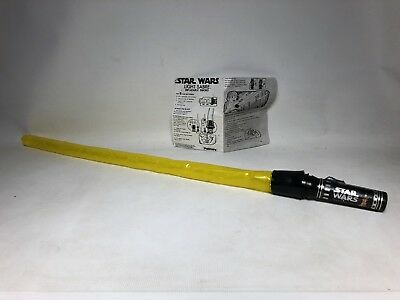 A neat little concept that was basically a flashlight with a translucent inflatable tube affixed to the end. It did allow fighting, though, which is rather cool. They were only made in yellow (which has become a fan-favorite color since the days of KOTOR).  Otherise, this is a rather uninteresting toy and when found loose is the least expensive of the three official Kenner saber toys. 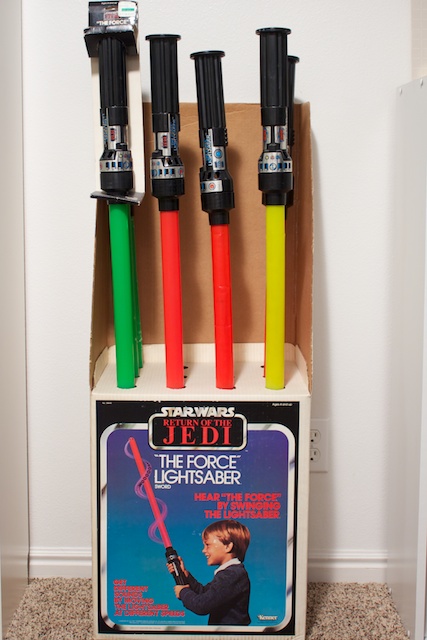 [All 3 colors shown in both display types] 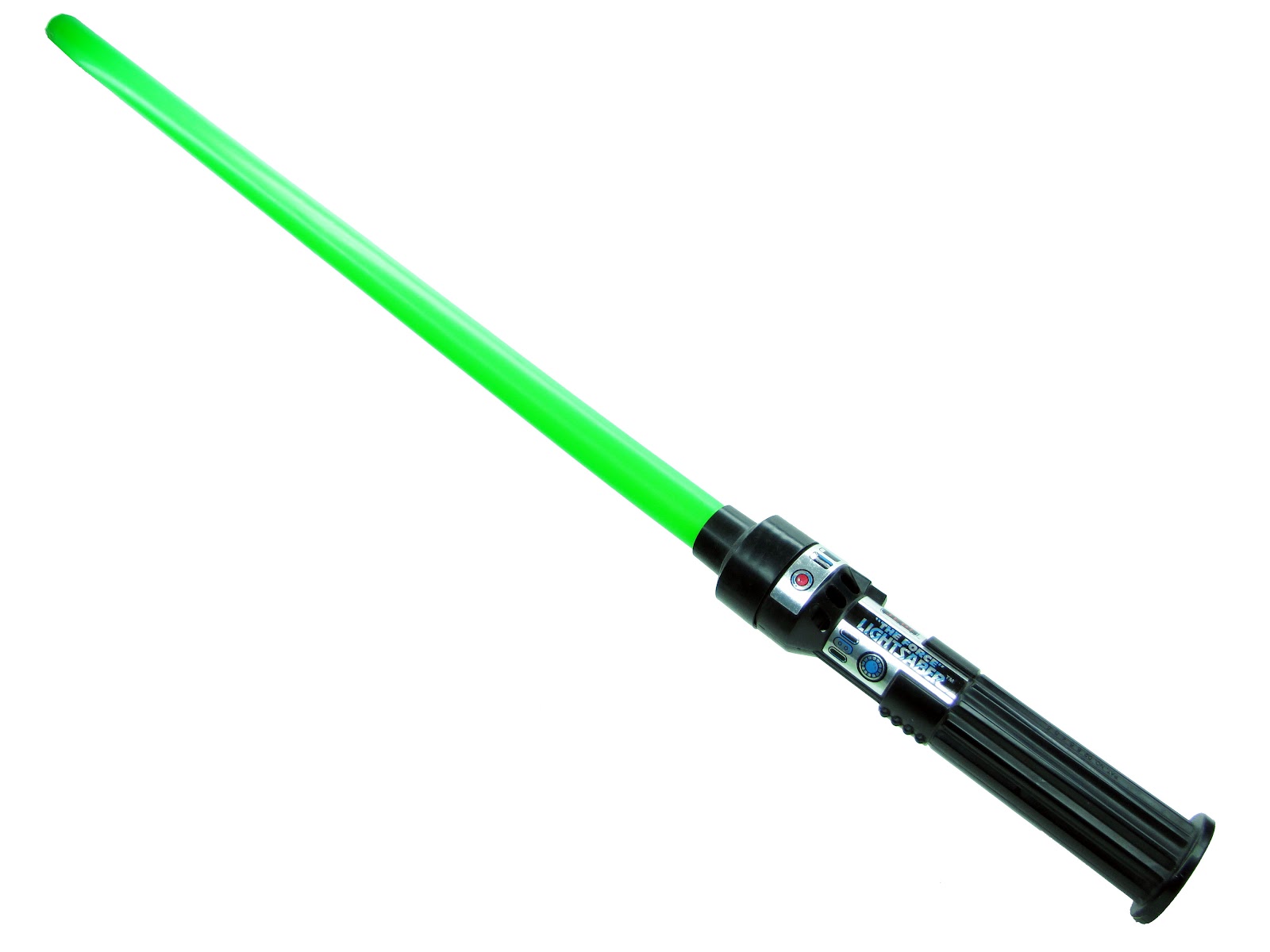 These are the coolest of the three from an actual role playing perspective. When swung, air would travel through the hilt and make a cool wooshing noise. They came in red, yellow and green and came either loose (displayed in a stand-up display with holes in it as shown above) or on a partial hanger box which wrapped around the hilt portion for peg display (like the green one in the picture above as well as mine shown in the video at the top on this article). Initially, the prototype had a gyroscope on either the top or the bottom of it which would have made a more accurate sound along with adding weight and motion to the hilt for a more “realistic” play experience. Other prototype mock-ups show that they played with the idea of chroming the black plastic hilt to make it appear to be metal. Both of these ideas were abandoned although the decal sticker that was eventually used for the detail was metalic. 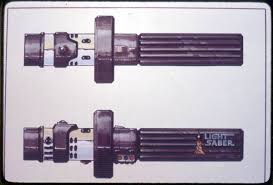 Check out the original commercial for these sabers, here… 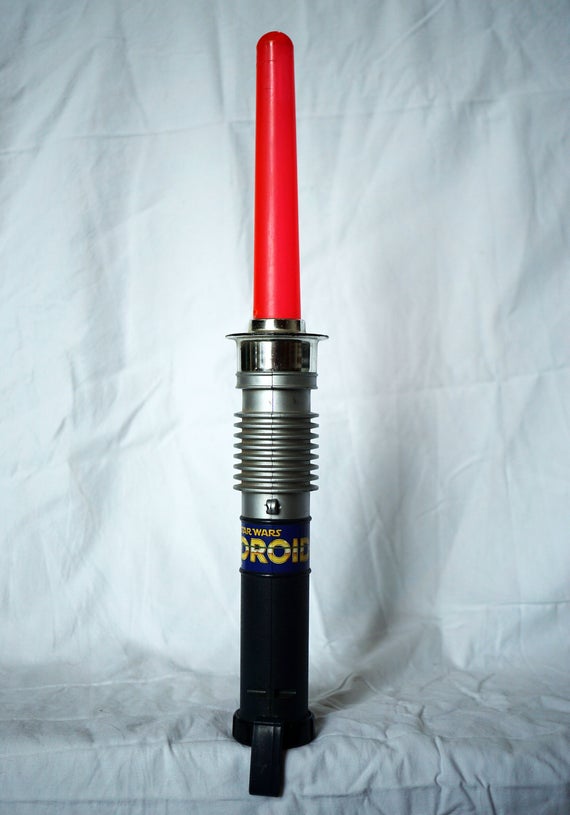 Probably the best hilt design, but a lame blade in that it was really just a little spring-loaded nub. It would usher in the cooler spring loaded telescoping versions in the 90’s. These came in two colors, green and red. The red ones are much more common than the green and these can be rather pricey if they still work. If they are in the box, they’re even more expensive. These feel a little more hefty since some of the parts were metal. Thus, they have a better play feel and functionality. It’s too bad the blade is so short, otherwise this would have been a prime toy. 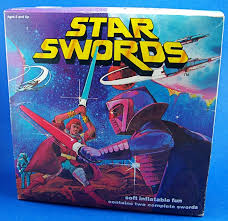 Values on these all vary widely. The Force lightsabers are the least expensive and most common, although the yellow ones are a little more sought after. These toys were often fought with and thus almost always have stress marks on the plastic blades. Loose examples in good shape should cost $100 and packaged ones should cost $200-$300, again, if in good condition. Droids lightsabers are the most expensive, the green being more than the red. Expect to pay $125 for a loose red, $200 for a loose green and at least $300-$400 for boxed examples. The inflatable saber, still working and in a box will run $150-$200 while a loose working example will cost about $50.

For me, though, none of these three toys were realistic enough and so I made my own lightsabers out of “found parts” like the original props were made. Tune in next week for a detailed write-up on those. Until then, be well, thanks for reading, play hard, but play nice.