Welcome back to another Mike’s Closet, boys and girls. This week, I wanted to piggyback off of last week’s Kenner Lightsaber Toys article and talk briefly about my favorite “toys” in my closet; my home-made lightsaber hilts. You’ve no doubt seen me scan past them in my intro videos and wondered what they were. Well, this week, I thought I’d highlight them.

Back in the 1970’s when ILM model makers and the prop department needed to fabricate items for the first 1977 Star Wars film, they used what we now affectionately term “found parts” to do it. Model kits were kit bashed (meaning parts were used from multiple model sets) in order to construct electronics and instrument panels, gun parts, etc. Found greeblies were used to decorate weapons, helmets, costumes and sets. Guns were rented and altered or “reorganized” to create more sci-fi looking weapons. Staffs and pikes were fitted up with parts from hardware stores and junk piles to give them otherworldliness. Lightsabers, however, were made from a very specific group of found parts; flash gun tubes.

What’s a flash gun you may ask? Well, they were flash bulb mechanisms attached to the sides of large format cameras in the 1930’s-1950’s (and even later) and had big reflective dishes on the tops of them. The tubes housed D-cell batteries (from one to three of them) and had a socket at the top where a single-use bulb would be fitted in. A wire was connected to the shutter mechanism of the camera so that when someone took a picture, the flash bulb would go off simultaneously, reflect off of the big dish and provide the photographer with the proper lighting for photos in dark environments. Strange how that technology is now a little tiny light on our cell phones. My, how times have changed.

Getting into the nitty-gritty, two specific flash gun models were used for Star Wars (and, in a way, a third type would be used later). All of them had the dish removed and a few other parts moved around. Other found parts were added to complete the sci-fi look of them. 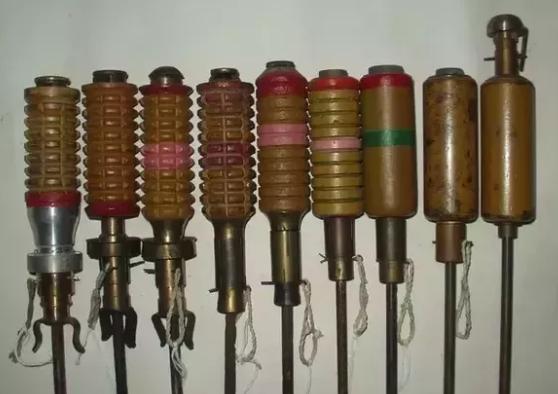 Luke’s for instance was a Graflex flash tube (the original type, not the later version which was also used on Luke’s X-Wing) with an extra test button added and the inner LED magnification bubble strip from a Texas Instruments calculator affixed to the Graflex clamp. Later versions of Luke’s would use a computer chip (trimmed down) instead of the bubble strip. Some historians conjecture that the chip came from the Atari 2600 Star Wars video game. 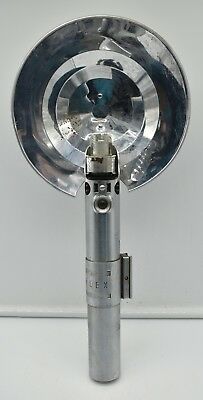 The same Graflex clamp used on Luke’s was also used on Obi Wan’s saber, although his saber was made from the main piece from a stick grenade, a sink knob, a torch nozzle and a few other pieces.

Vader’s saber was an MPP Microflash tube and clamp fitted up with the same bubble strip as Luke’s. Some wires were added to Vader’s, but otherwise, it remains virtually unaltered. 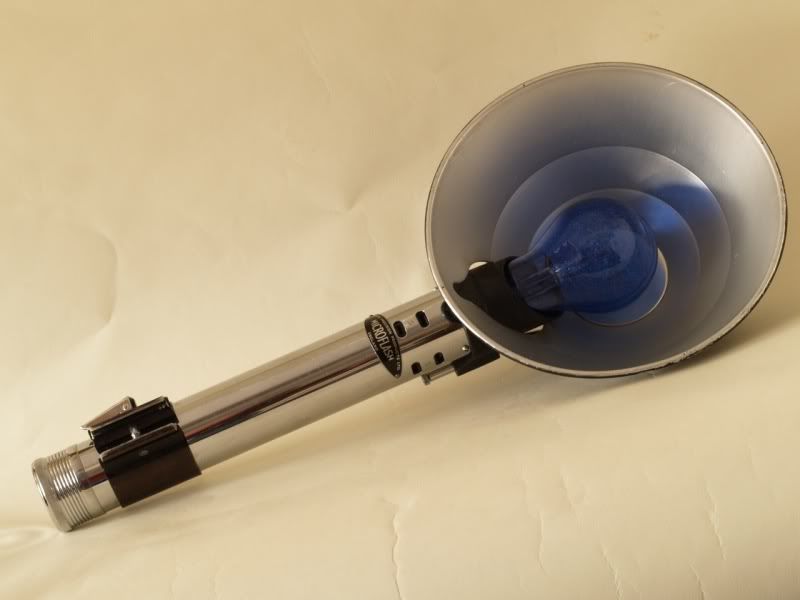 Later, during the prequel trilogy when the prop department had to design a saber for Yoda, they employed the old-school design and used either a single-cell Praco Flashmaker or Bolsey #2 flash tube. Even though Yoda fights digitally in those films, a real one was made to photograph for the Star Wars Visual Dictionary book. 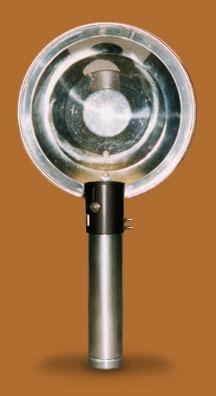 Luke’s Return of the Jedi saber was an altered-but-repurposed Obi Wan saber with machined parts swapped in.

Now, let’s get to my lightsabers, shall we?

My two sabers (and actually a third that I built for my brother) are made using the same method. Even though one could machine all the parts, it seemed more fun to do it like the prop shop did it back in 1977. 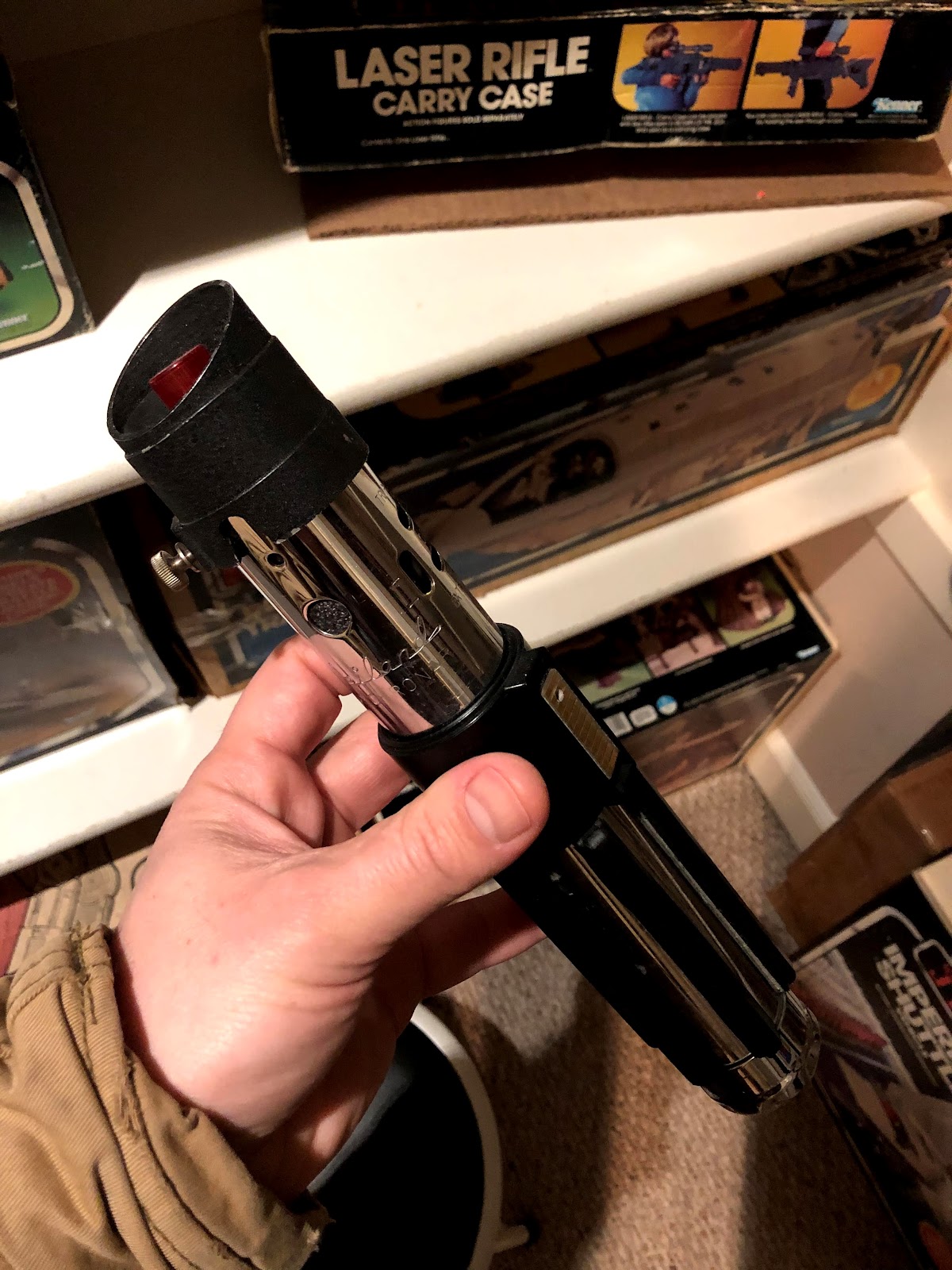 For my first saber, I wanted to recreate Darth Vader’s. MPP Microflashes are really expensive and very rare, but Heiland flash guns look nearly identical. The clamp is different, though. So, for my first (and most complex), I used a Heiland, modified the clamp, added a few switches and parts to the outside from electronic junk and then went to work on the insides (more on this later). Grips were made from material from a rubber floor mat.

For the one I made for my brother (not pictured, today), I sourced all of the pieces from Home Depot’s plumbing department. Sink drain, pipe coupling, sink knob and a few screws. Grips were made from the rubber grip of a dollar store flashlight. 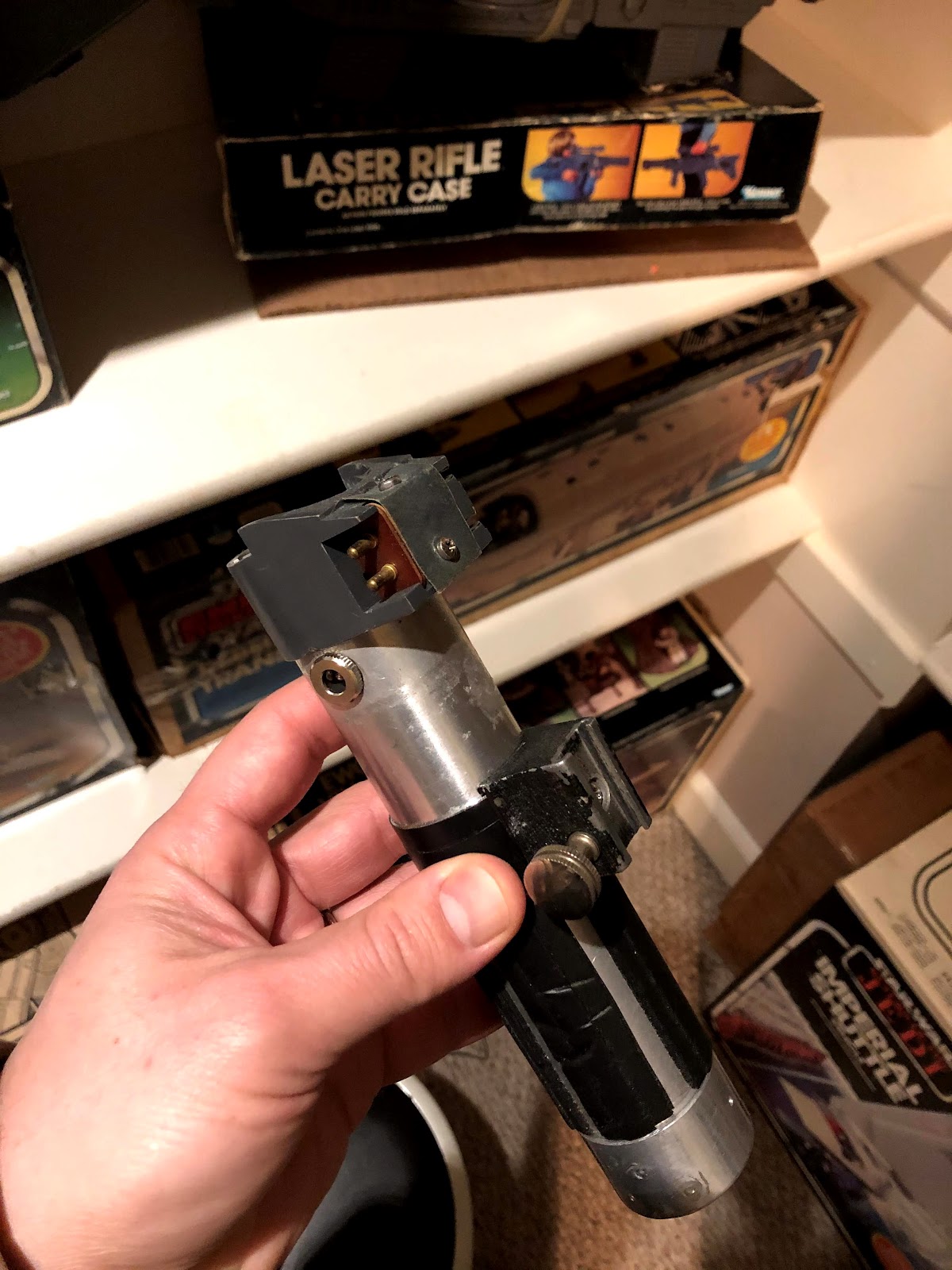 For the smaller one, I went to a camera show and hunted through junk bins. I found a small King Sol flash gun and a few parts from what I believe to be a Walz flash to make that. The grips are made from extra thick electrical tape.

I will not post my schematics here since they are a little private (and also VERY complex), but suffice it to say, it took a lot of trial and error, a lot of time and a lot of education on small electronics to figure out. When I was done though, I had a saber that lit up brightly, hummed, vibrated and even made a crashing sound when struck. Using AA or AAA batteries in the larger sabers and N batteries in the smaller one, I was able to create enough extra room inside for the rest of the in-series components. A krypton bulb and a screw base bayonet (or super-bright LED which requires no base) with a colored filter, a small model motor, a small speaker, one small computer recording chip with a spring actuated sensor, one small micro-switch, a few capacitors and some red and black wire were really all that was needed to make it work. Getting it all to fit was a bit challenging, but also part of the fun. 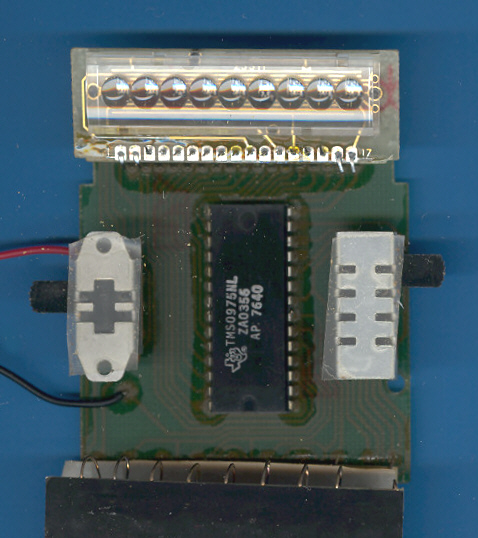 Finding the pieces is by far the most fun. Going out to Radio Shack, Home Depot, yard sales, flea markets, used electronics stores, Goodwills and other similar places is a blast and allows for you to find the pieces that speak to you. After all, every saber should be unique to the user.

I hope you enjoyed this little look into my ultra-nerdiness. These can be fairly cheap to make and an awful lot of fun. The cheapest I’ve made these is about $50, total. The most expensive one was the Darth Vader recreation which cost closer to $100 to make. Until next week, be well, thanks for reading, play hard, but play nice.