Welcome back to another wave of vintage Kenner Stars Wars figures. Last week, we covered the second wave of Return of the Jedi. This week, we continue into the last (tiny) third wave of Return of the Jedi figures. As I mentioned last week, there are almost as many ROTJ figures as there are everything else (ANH, ESB & POTF), combined. This wave, today, is just two figures and both are Ewoks. As one would expect, because we are adding two figures to the collection, these cards are affectionately referred to as the 79-Back wave.

Now, it should be noted that these two figures are very often lumped into the famous “Last 17” which, generally speaking are Power of the Force figures. While these two figures are the technically 16th-to-last and 17th-to-last, they are not really part of that vaunted final wave (which we will get to next week). As such, these both appeared first on Return of the Jedi cardbacks in the 79-Back wave. 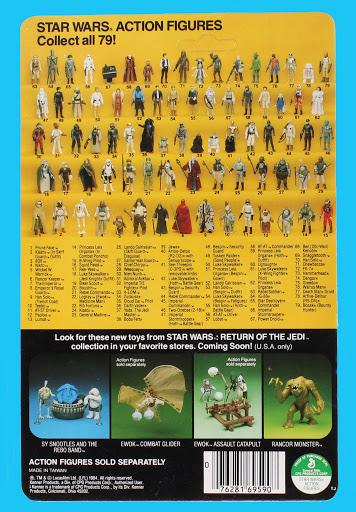 This wave sported a mail-away splash and offer for a Free Anakin Skywalker figure, as seen below.

[Anakin Skywalker back offer – see below for front splash]

Let’s take a look at these two, shall we… 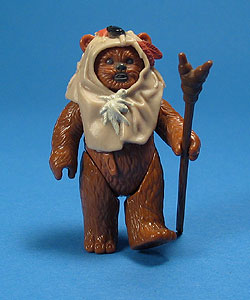 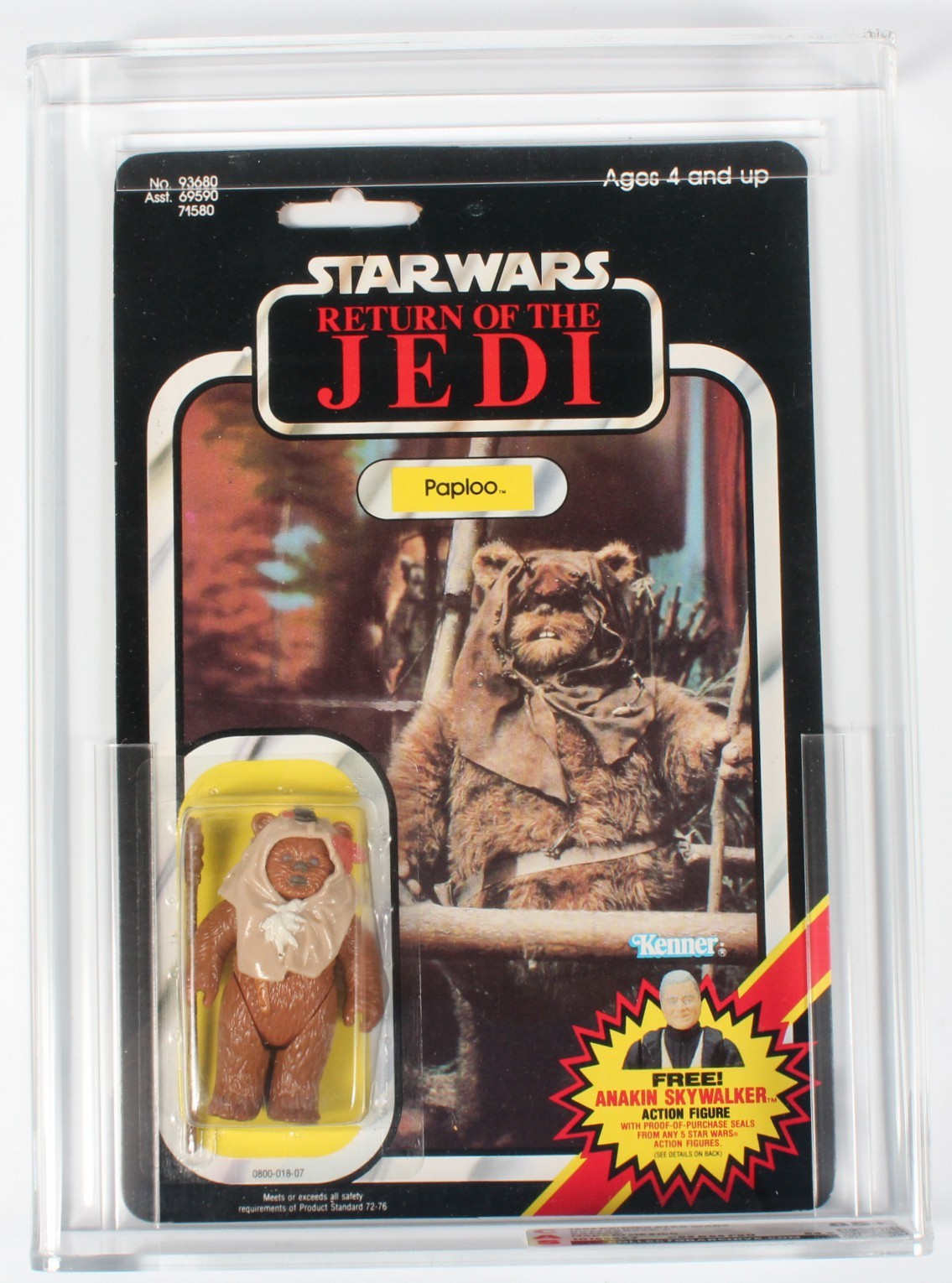 As I’ve said before, if you were under the age of nine during 1983, you probably loved the Ewoks. If you were older, you probably didn’t. With that said, up until this point, we’d already been given Wicket, Chirpa, Logray and Teebo. Now, we’d get two more and during the POTF wave, we’d get two more on top of those. Now, while eight Ewoks may seem like overkill to many, for those of us who had the Ewok Village and were a single digit age, eight was awesome! Besides the fact that the picture on the card isn’t actually Paploo (the Ewok who stole a speeder bike), there really isn’t much else to report about this figure and he has no variants. He was released on both Return of the Jedi and Power of the Force carbacks, all with the same photo. 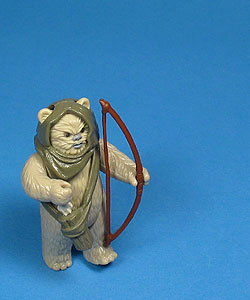 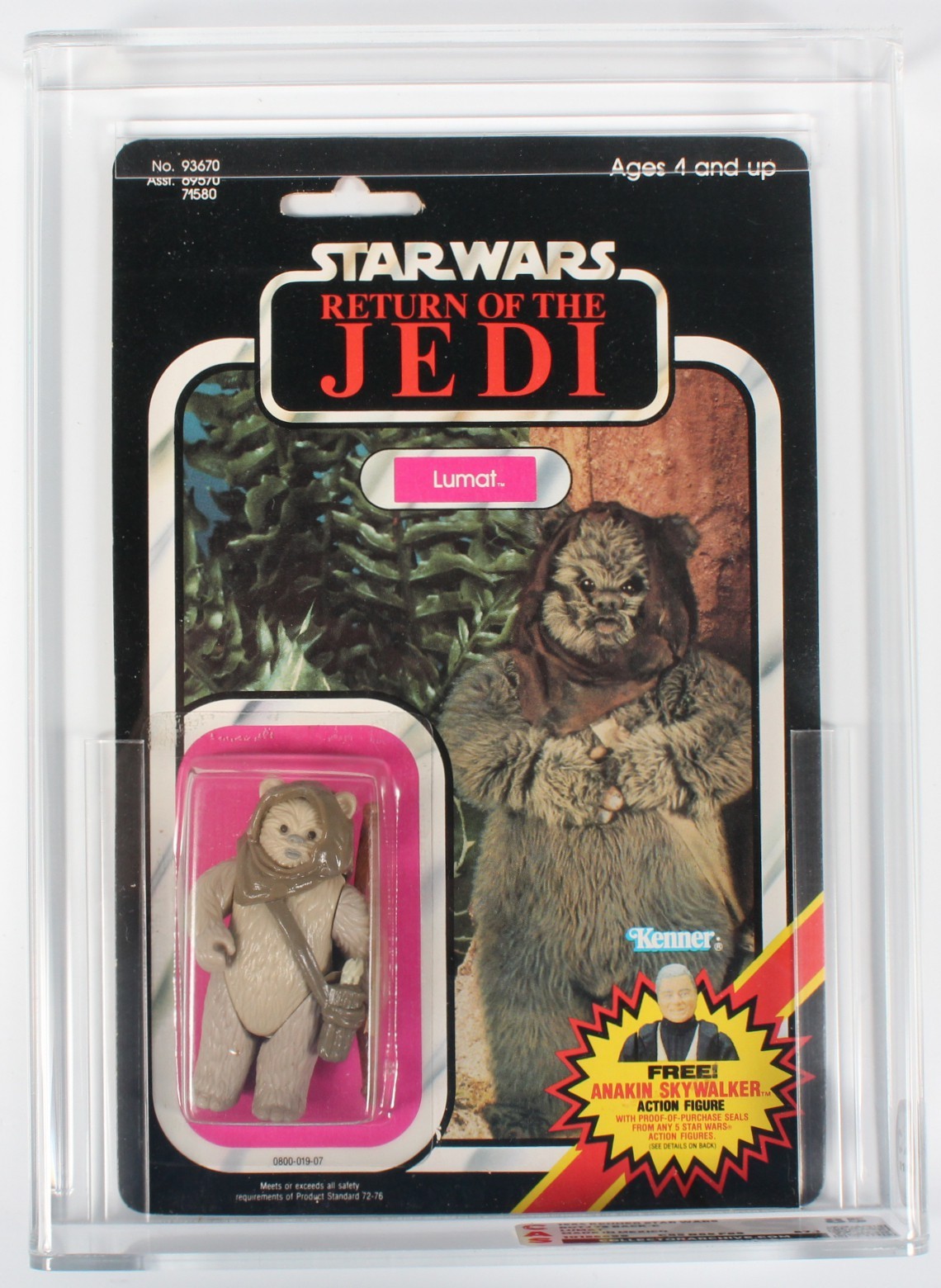 A similar write-up applies to Lumat as it did for Paploo, above. His picture is correct, though. An Ewok that most could never name by name, Lumat is mostly well-known to collectors as a figure who’s accessories are often faked. As such, loose AFA-ers will often open vintage carded figs in order to be 100% certain that accessories are authentic. Tread cautiously when buying any of the later Ewoks loose as this is an epidemic among loose examples. With that said, this is a relatively straightforward figure with no variants. He was released on both Return of the Jedi and Power of the Force cardbacks, all with the same photo. 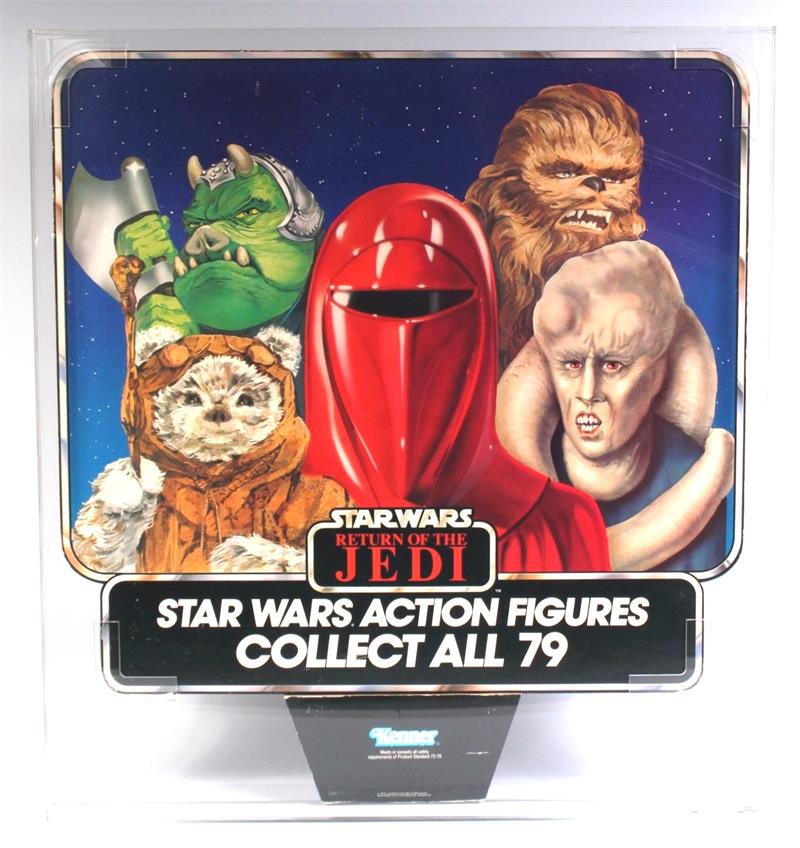 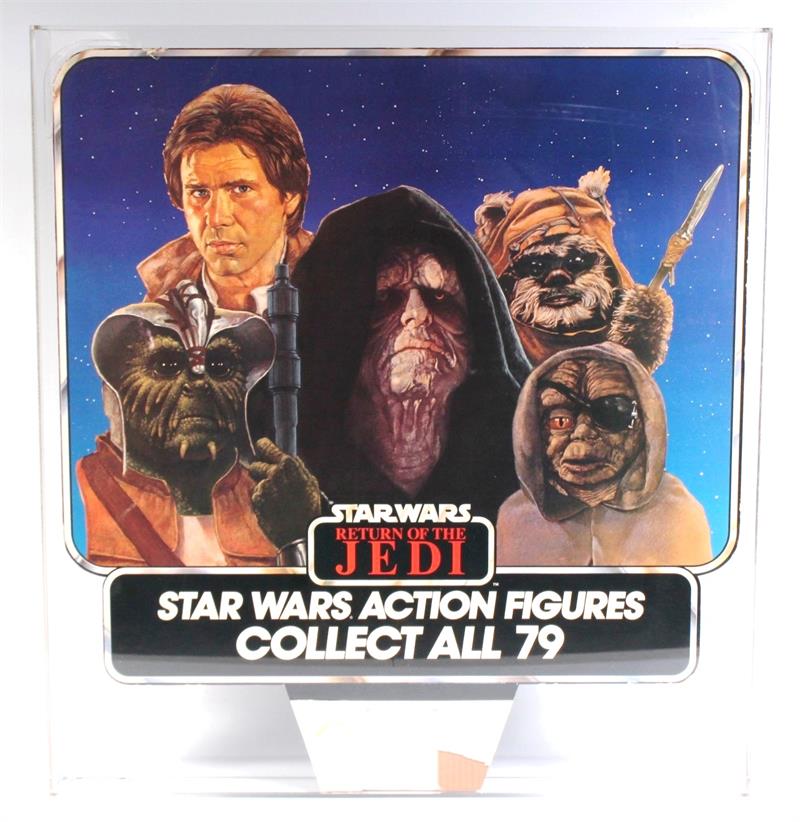 And that does it for this micro-wave and brings us to the finale of the Return of the Jedi line (although, many figures in the up-coming Power of the Force wave will contain ROTJ characters/costumes). These two Ewoks sell for approximately $150-$200 carded and about $25-$50 loose if they are in good shape and have their authentic weapons. Next week, we hit the end of the regular figure line with the 15-figure Power of the Force wave. Saddle up for that. Until then, be well, thanks for reading, play hard, but play nice.