Welcome back to Catch A Wave: Vintage Star Wars. Last week, we covered the 3rd wave of Empire Strikes Back figures and thus, logically, that leads us right into the 4th wave of ESB (which, depending on how one looks at it is really the 5th and 6th waves).

Regardless of what number wave one wants to name them, they are affectionately known as the “47-Back” and “48-Back” waves given that 47 or 48 figures were depicted on the backs of cardbacks. Along with many of the previously released figures being re-carded on the new cardback, this is a weird wave that really consists of two mini waves; one with 2 figures in it and another with 1 figure.

This is the famous wave that got the names of 4-Lom and Zuckuss reversed (a mistake which was never fixed). 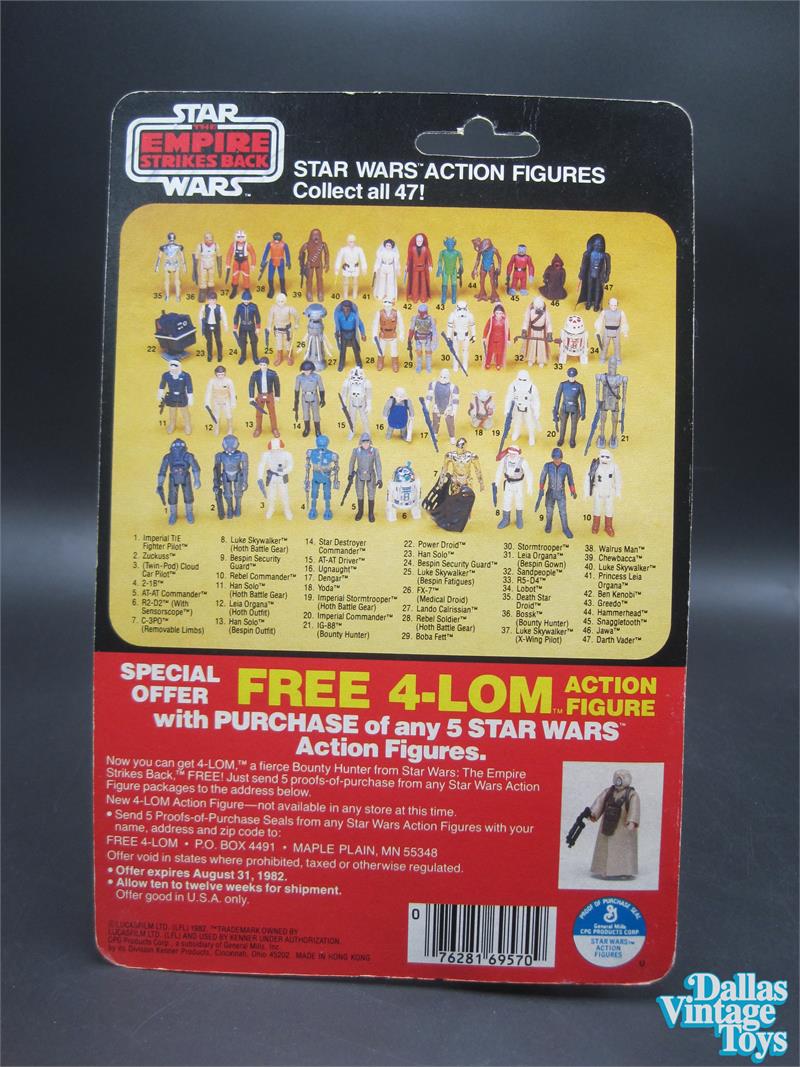 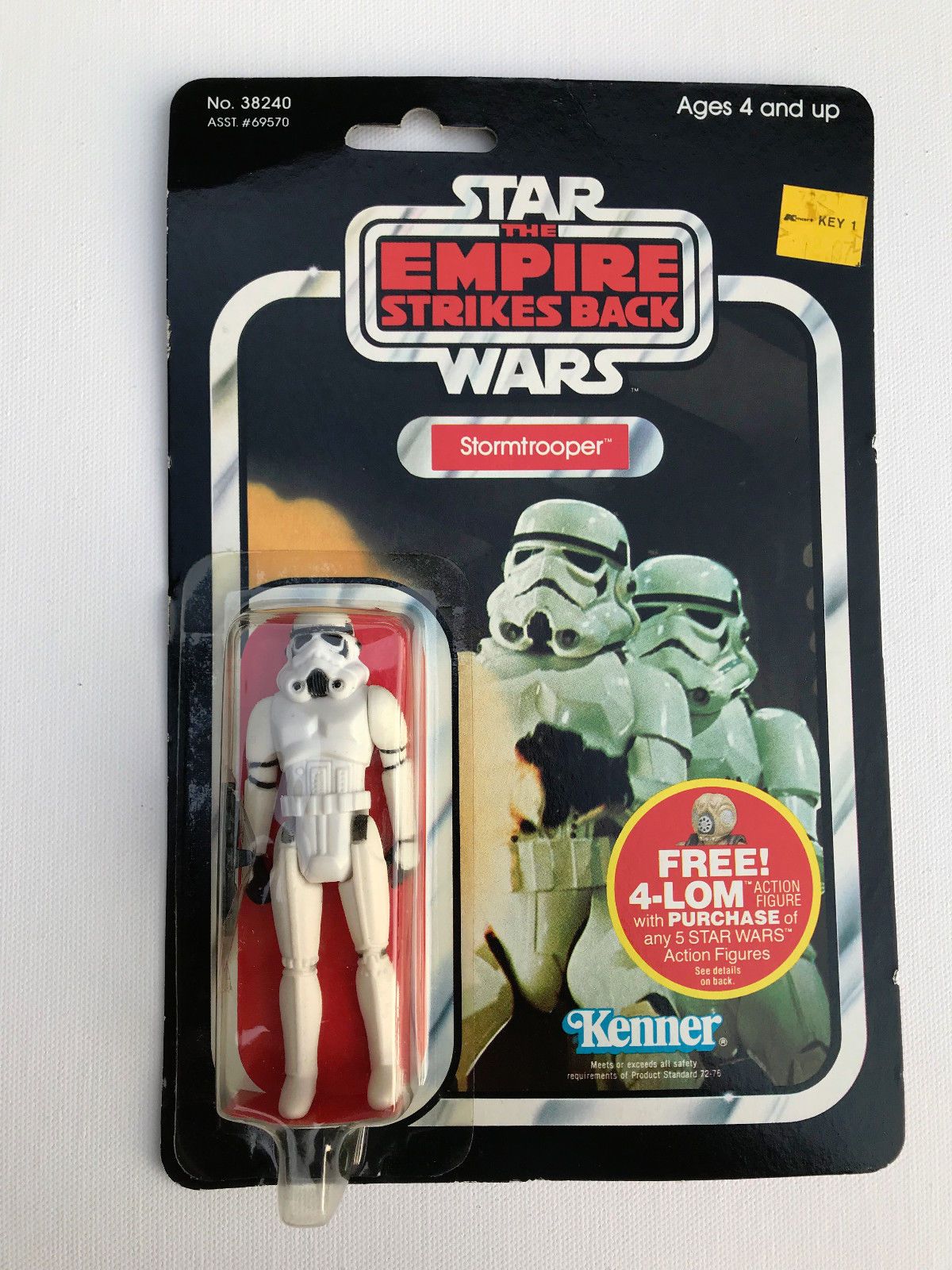 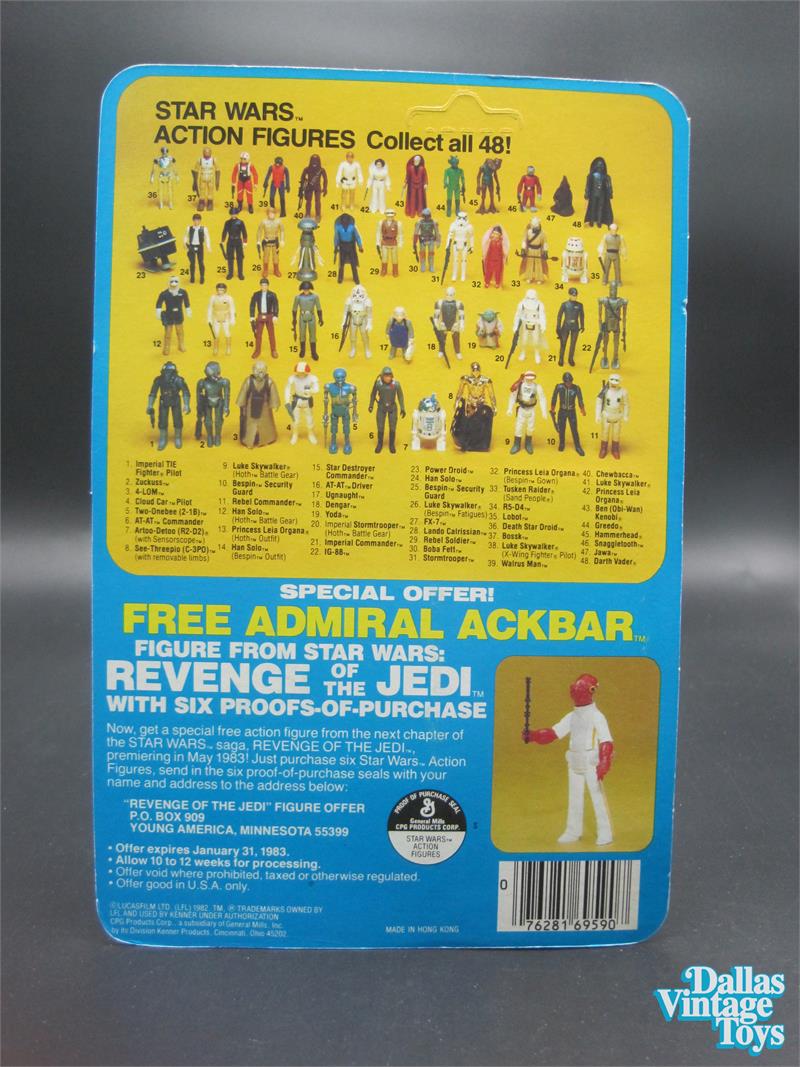 [Example of a 48-Back cardback now showing Zuckuss as a carded figure. This particular version (there were at least 3 versions of the 48-back) is also a sought after cardback because of the “Revenge of the Jedi” wording which would, of course, later be changed to “Return of the Jedi.”] 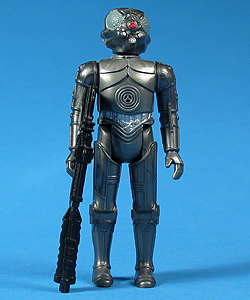 As mentioned in the introduction, this figure was initially released misnamed as Zuckuss probably because of the visual similarities between the two characters and early photo reference being sent to Kenner. Whatever the reason, this was never changed. An excellent sculpt and a fairly sought after figure. It exists on Empire Strikes Back and Return of the Jedi cardbacks, both with the same photo. 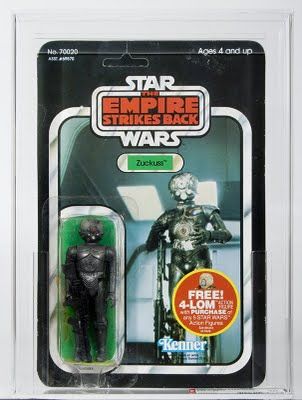 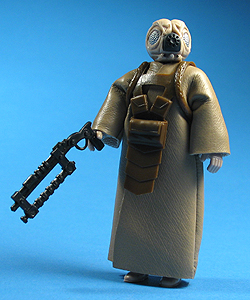 Again, like the 4-LOM figure, this figure’s name was also wrong on cardbacks and misnamed 4-LOM. This mistake was also never fixed. This was initially a mail-away exclusive figure offered on 47-Back figures which would have come in a white mailer box. The mail-away was also misnamed “4-LOM Offer.”

Later, it was released on a cardback in what many in the modern age of collecting would now consider a mid-wave assortment which now depicted 48 figures on the back having added Zuckuss to the picture (still called 4-LOM). Again, an excellent sculpt and a fairly sought after figure. It exists on Empire Strikes Back and Return of the Jedi cardbacks, both with the same photo. 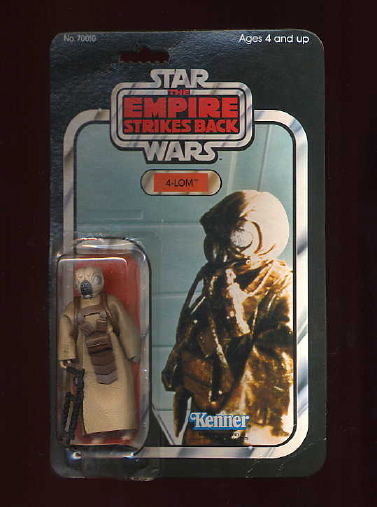 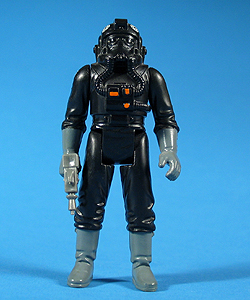 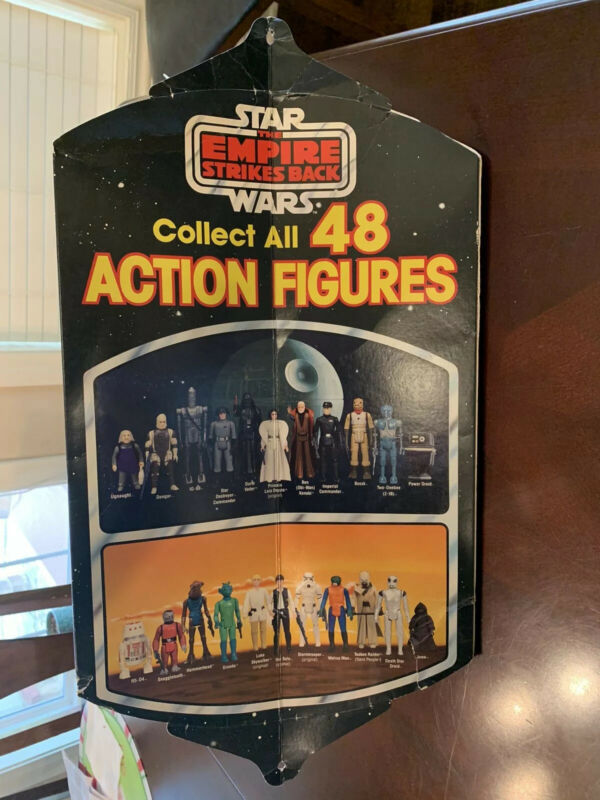 That does it for yet another vintage Star Wars wave and for all of the Empire Strikes Back carded figures for that matter. There were other products that some would consider figures which I will cover in a later article (such as Wampa and Taun Taun).

Prices on these three ESB carded figures are all about the same in that they are all relatively sought after figures. These three will easily run over $100-$200 carded, depending on condition, and $10-$20 loose with weapons. Keep in mind that these are non-AFA prices; that is to say non-graded/encased examples.

Also, premiums are always present when bubbles are clear and cards are uncreased, clean and unpunched (meaning they still have the tab in the hanger area attached). Next week, we hit on Wave 1 of Return of the Jedi. So, until then, be well, thanks for reading, play hard, but play nice.