Welcome back to another Catch a Wave: Vintage Star Wars, everyone. After a look into the pack-in figures for Star Wars (1978-1979) last week, let’s switch over to the same for Empire Strikes Back, shall we. This week is a simple one as there are only two pack-in figures and both are cheap gets when found loose. With their respective playset/vehicle (even in boxes) neither is particularly pricey, either. 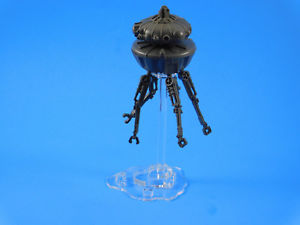 Perhaps the coolest pack-in figure of them all (and perhaps one of the best overall figures in the entire vintage line), the Probot was a really cool addition to the line and was a pack-in inside the Hoth Turret and Probot Playset. Loose, this one shouldn’t run more than maybe $25-$30. The complete set loose is about $50 and in a box, complete, it’s about $100. 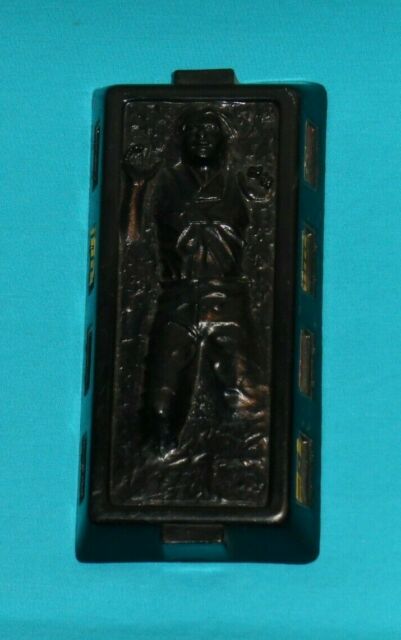 Similar to the actual action figure that would eventually be released during the Power of the Force line, this Han in Carbonite from the Slave 1 vehicle is just the carbonite slab with Han’s relief in it. There is no actual Han figure, but it is a cool (and much earlier) version of the “figure” and can be had fairly easily. I’ll get more into the details of the actual Slave 1 in a later article, but it is worth noting that the size is very different than the carbonite block that comes with the figure in the POTF line. This figure loose shouldn’t be more than $20. The Slave 1 complete in a box and NOT missing this piece is about a $200 toy.

That’s all she wrote for ESB pack-ins. Two really good ones, though. Next week, we’ll get to the remainder of the pack-ins with Return of the Jedi’s (there aren’t any for Power of the Force). Until then, be well, thanks for reading, play hard, but play nice.